Search
Recent Posts
Recent Comments
Archives
Categories
We can end TB. Meeting the survivors and supporters we witness harsh truths and deplorable injustice; a treatable disease killing so many. Uniting our collective strength gets us closer to resolution. We can confront stigma, create urgency, activate support and push for progress. With advocacy, perseverance and passion we can reach everyone who needs treatment, build stronger communities and celebrate success that saves lives. TB is not just another global statistic it equals lives at threat. It is humanity’s problem to solve. For our children. For our future. For all of us. We deserve to be free of this disease. Let’s End TB.

World TB Day, falling on March 24th each year, is designed to build public awareness that tuberculosis today remains an epidemic in much of the world, causing the deaths of nearly one-and-a-half million people each year, mostly in developing countries. It commemorates the day in 1882 when Dr Robert Koch astounded the scientific community by announcing that he had discovered the cause of tuberculosis, the TB bacillus. At the time of Koch's announcement in Berlin, TB was raging through Europe and the Americas, causing the death of one out of every seven people. Koch's discovery opened the way towards diagnosing and curing TB.

Protect yourself against the risk of Tuberculosis exposure. Our safety booklets, CD-ROMS, DVD programs, and compliance kits will provide you and your employees with all the information you need regarding prevention of Tuberculosis. Following OSHA standards, you can rest assured that you are compliant within your industry. There is even a poster available to serve as a daily reference.

More reading: TB: Know about Tuberculosis, Tuberculosis – TB Safety and Information, TB may resist, but it can be beaten, TB Threatens to Kill 75 Million People 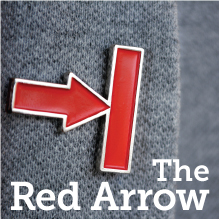 The Red Arrow: A Symbol to Unite Us Against TB
The Red Arrow is a symbol for our goal: a world without TB. It represents our unwavering commitment to move forward with this mission until we reach the finish line. Because despite its devastating impact as the world’s leading infectious killer, there is still the troubling fact that most people in the world think of TB as a disease of the past. The Red Arrow was developed with the input of thousands of partners in the TB community. The symbol belongs to no single organization, person, tagline, or agenda. It represents our unity against TB, and it’s in your hands to shape, mold, and give meaning to.
Categories: Health Tips & Flu & Pandemic
Tags: TB, TB Safety, Tuberculosis & tbv
Posted By: First Aid Mart Team