Search
Recent Posts
Recent Comments
Archives
Categories
It is tornado season, and if you don’t have a plan for when you local Emergency Management Agency sounds the sirens to alert the public to a tornado watch or warning, now is the time to become schooled about what to do. Tornado season does not have a set start and end date. If the conditions are right for a tornado, they can occur anytime throughout the year. In fact, it depends on where you live in the US. Tornadoes can occur at any time of the year and just about anywhere in the world. However, the unique geography of the United States helps to produce some of the most favorable conditions for their development. The months with the greatest number of tornadoes overall are April, May, and June, but tornadoes can and do occur during any month of the year. Tornado seasons vary in different parts of the United States. In the Southeast, the peak season for tornadoes is February through April. In the northern Plains, tornadoes are most likely to develop from June through August. Generally, tornado frequency is high in the South in late winter and early spring; and in the Plains, Midwest, and Ohio Valley from early spring through summer. If you live more to the southern portions of Tornado Alley, tornadoes are more likely to occur in the late winter and early spring. The farther you live north, the more likely tornadoes are to occur in the latter parts of summer. A secondary season of tornado activity has been observed across the South in late autumn as the jet stream, located well to the north in the summer, migrates southward to its typical wintertime position. Multiple tornadoes were spawned by a beastly supercell that developed near Stanton in northeast Nebraska on June 16, 2014. After dropping its first large tornado near that town, the storm continued northeast, putting down several more tornadoes along its path. It will maybe be most remembered for its “twin” tornadoes as it went near, through and past Pilger, NE. Tornadoes can occur at any time of day, but are more likely to occur 2-7 p.m. In Tornado Alley, typically defined as the region from Texas north to Nebraska, very few tornadoes occur in the morning. In the Southeast, a significant percentage occur during the night and morning hours. Tornado season is a great reason to brush up on safety In fact, knowing the difference between a tornado watch and warning is a good place to start. A tornado watch is issued when weather conditions favor the formation of tornadoes, and a tornado warning is issued when a funnel has been sited or is indicated by radar. Learn how to prepare for a tornado, what to stock, and how to react below - also, some good starting references are these posts:

As far as warnings versus watches - remember that sirens go off when there is a warning. When they go off, take cover immediately. Prepare an emergency plan in advance. Walk through your home or business and decide which room is the best to meet in for shelter. 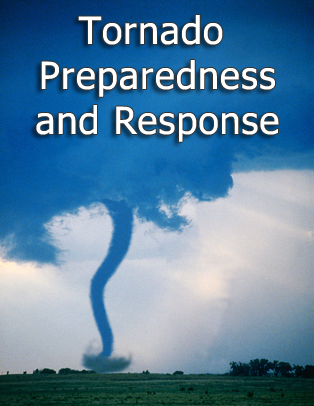 If everyone is in different areas, pick a central point to meet up. In a house or building with a basement, then meet in the basement. If your location doesn't have a basement, everyone should go to the lowest level or to the center of a small interior room of the building or home. Stay away from doors and windows, as debris could crash through and cause injuries. Steer clear of corners, too. If caught outside - find a flat ditch to lay in. If you’re driving, stop the vehicle. Never try to outrun a tornado. Try to get to a shelter. This is not a fictional movie and you can't outrun a twister. What to do when there is a tornado? DUCK: go Down to the lowest level, get Under something, Cover your head, and Keep in shelter until the storm has passed. If you can. set your television to a local station. For when (often during storms) TV isn't available, and internet/cell service is spotty or absent -  you want a weather radio. As old-fashioned it seems, Emergency Services continuously broadcast weather reports from the National Oceanic and Atmospheric Administration, or NOAA. For the more technologically advanced, NOAA weather apps for smart phones are available.

A weather radio powered by batteries would come in handy if the electricity goes out. And though many people use candles when the lights are out, candles pose a fire risk and you should consider the  use of flashlights and battery operated candles instead. The health department has guidelines for the public to use to help ensure food, pool, and generator safety during power outages. If you use a generator, always make sure it's used outside. If power is out for more than two hours, you should start throwing away food - especially so if food has been exposed to temperatures at 40 degrees Fahrenheit or higher for two or more hours. If food has an unusual color, texture, or odor, pitch it. "When in doubt, throw it out!" Remember, if refrigerator doors are kept closed, food will keep for about four hours. Also, never taste food to determine its safety, even if it looks and smells OK. Bacteria that cause food-borne illnesses can begin to quickly grow in foods that sit out at room temperature. Read more about food storage) Public pools must close when power is out. When a pool circulation system does not function, water quality is can become unsafe for swimming. That's a good tip for homeowners who have pools, too. 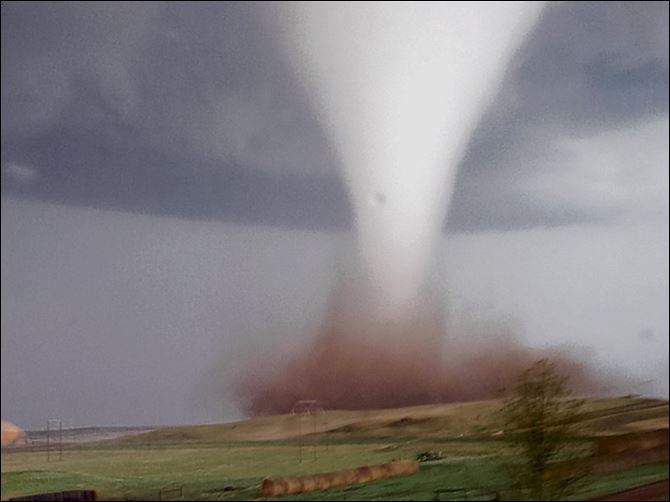