Search
Recent Posts
Recent Comments
Archives
Categories
The Senate on Dec. 17 passed legislation that would reform the nation's chemical safety laws by requiring the Environmental Protection Agency to make decisions based on how chemicals affect workers and other individuals. The Frank R. Lautenberg Chemical Safety for the 21st Century Act (S. 697) overhauls the Toxic Substances Control Act of 1976. Under the bill, EPA would conduct safety reviews for all chemicals in active commerce, review and approve chemicals coming on the market each year, and consider only the health and environmental impact a chemical may have when deciding whether to allow its sale or manufacture. The bill is named for the late New Jersey senator who worked for several years during his career to update TSCA. Similar legislation (H.R. 2576) passed out of the House in June. Congressional members must now reconcile differences between the two bills to move forward.... EPA’s New Exclusions for Solvent Recycling and Hazardous Secondary Materials  EPA’s new final rule on the definition of solid waste creates new opportunities for waste recycling outside the scope of the full hazardous waste regulations. This rule, which went into effect on July 13, 2015, streamlines the regulatory burden for wastes that are legitimately recycled. 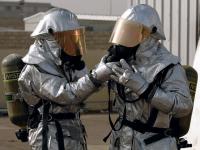 The first of the two exclusions is an exclusion from the definition of solid waste for high-value solvents transferred from one manufacturer to another for the purpose of extending the useful life of the original solvent by keeping the materials in commerce to reproduce a commercial grade of the original solvent product. The second, and more wide-reaching of the two exclusions, is a revision of the existing hazardous secondary material recycling exclusion. This exclusion allows you to recycle, or send off-site for recycling, virtually any hazardous secondary material. Provided you meet the terms of the exclusion, the material will no longer be hazardous waste. Learn about these changes and how they affect you. Pay special attention to: Also read: Things to Know About the HAZWOPER Standard, HAZMAT / HAZCOM / HAZWOPER
Categories: General Safety Topics
Tags: hazardous materials, hazardous materials safety, HAZCOM, HAZMAT, Hazmat spills & HAZWOPER
Posted By: First Aid Mart Team