Be Ready to Weather the Weather, Whether expected or not!

Search
Recent Posts
Recent Comments
Archives
Categories
In this day and age of Wireless Emergency Alerts, Internet, etc. why would you want a radio? Because Internet and cell service are very likely to be out in an emergency. The NOAA Weather Radio network provides voice broadcasts of local and coastal marine forecasts on a continuous cycle. The forecasts are produced by local National Weather Service Forecast Offices. Coastal stations also broadcast predicted tides and real time observations from buoys and coastal meteorological stations operated by NOAA's National Data Buoy Center. Based on user demand, and where feasible, Offshore and Open Lake forecasts are broadcast as well. The NOAA Weather Radio network provides near continuous coverage of the coastal U.S, Great Lakes, Hawaii, and populated Alaska coastline. Typical coverage is 25 nautical miles offshore, but may extend much further in certain areas.

Service office. NWR broadcasts official Weather Service warnings, watches, forecasts and other hazard information 24 hours a day, 7 days a week. Working with the Federal Communication Commission's (FCC) Emergency Alert System , NWR is an "All Hazards" radio network, making it your single source for comprehensive weather and emergency information. In conjunction with Federal, State, and Local Emergency Managers and other public officials, NWR also broadcasts warning and post-event information for all types of hazards – including natural (such as earthquakes or avalanches), environmental (such as chemical releases or oil spills), and public safety (such as AMBER alerts or 911 Telephone outages). Known as the "Voice of NOAA's National Weather Service," NWR is provided as a public service by the National Oceanic and Atmospheric Administration (NOAA), part of the Department of Commerce. NWR includes 1025 transmitters, covering all 50 states, adjacent coastal waters, Puerto Rico, the U.S. Virgin Islands, and the U.S. Pacific Territories. NWR requires a special radio receiver or scanner capable of picking up the signal. Broadcasts are found in the VHF public service band at these seven frequencies (MHz): Cool from Weather UnderGround... 140+ Weather Stations and this COOL free App!
You need to upgrade your Flash Player. 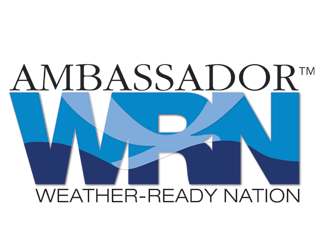 To expand NOAA Weather Radio coverage in the State of Alaska, the National Weather Service (NWS) and U.S. Coast Guard are partnering to establish a network of low-power five-watt NOAA Weather Radio transmitters at 25 USCG "high" sites located from the Dixon Entrance to Bristol Bay. These low power transmitters operate on standard NWR frequencies under joint licensing with the NWS. See NWR at USCG Sites in Alaska. Locations of coastal NOAA Weather Radio stations are listed in the Station Listing and Coverage page. Several NOAA Weather Radio transmitters operate as "Marine-Only", broadcasting marine information on a more rapid cycle than is possible with "All-Hazard" transmitters. These are typically established as part of a cooperative effort between the local marine community and the National Weather Service. For information on how to establish a "Marine-Only" NOAA Weather Radio transmitter in your area, contact the National Weather Service. EQUIPMENT Channel numbers, e.g. (WX1, WX2) etc. have no special significance but are often designated this way in consumer equipment. Other channel numbering schemes are also prevalent. Many NOAA Weather Radio receivers are also programmed for three additional frequencies; 161.650 MHz (marine VHF Ch 21B), 161.775 MHz (marine VHF Ch 83B) and 163.275 MHz. The first two frequencies are used by Canada for marine weather broadcasts. 163.275 MHz was used by the National Weather Service for earlier weather broadcasts and later for internal coordination in the event of a power outage but is no longer in active use. Most VHF marine radiotelephones have the ability to receive NOAA Weather Radio broadcasts. However, it is recommended that a separate NOAA Weather Radio receiver be carried aboard so that mariners may maintain a simultaneous watch on NOAA Weather Radio and marine VHF channels. Information on Rules Which Require Listening to your VHF Marine Radio are available courtesy of the U.S. Coast Guard Maritime Telecommunications Information Webpage. AUDIO Recorded voice broadcasts have been largely supplanted by a computer-synthesized voice. Click here to listen to a sample of a NOAA Weather Radio broadcast. Efforts continue to both expand the coverage of the NOAA Weather Radio network and improve the audio quality. The older computer-synthesized voice was a product of 6-year-old technology and has been replaced in response to user demands for a clearer, more human-sounding voice system. If you hear words in a broadcast which you feel need to have the pronunciation adjusted, forward your comments to the appropriate NWS forecast office so they can attempt to improve the pronunciation. STREAMING AUDIO, MP3 and PODCASTS Streaming Audio is available for several NOAA Weather Radio transmitting stations. The number of stations carried live on the Internet has thus far been limited to sites with sufficient computer capacity to support the additional information load, and commercial sites who rebroadcast the program. The NWS is exploring cost-effective methods of providing a source for central access of this information. Experimental recorded MP3 and Podcast files are available for a limited number marine areas such as Alaska. Check your local forecast office for availability. 1050 Hz TONE ALERTS An automated 1050 Hz tone is transmitted to automatically turn on compatible NOAA Weather Radio receivers when a severe weather situation exists in the transmitters coverage area. Many (but not all) NOAA Weather Radio receivers incorporate this feature. Many VHF marine radiotelephones incorporate this feature, however, some require an active NOAA Weather Radio channel must be selected and used in a non-scanning mode for the highest level of effectiveness. Therefore, it is again recommended that a separate NOAA Weather Radio receiver be carried aboard so that mariners may maintain a simultaneous watch on NOAA Weather Radio and marine VHF channels. Caution! - In accordance with national policy, at forecaster discretion, the 1050 Hz tone may not be transmitted for marine events. This is done to avoid frequently alerting users ashore and rendering the system impractical as a warning system for a large segment of the population. SAME ALERTS